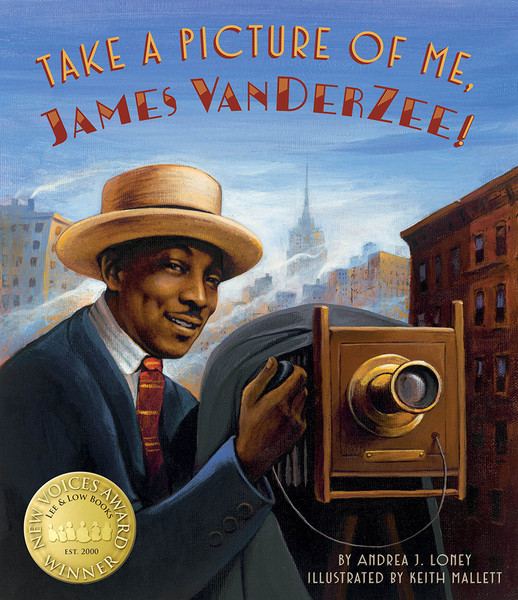 James VanDerZee was just a young boy when he saved enough money to buy his first camera. He took photos of his family, classmates, and anyone who would sit still for a portrait. By the fifth grade, James was the school photographer and unofficial town photographer. Eventually he outgrew his small town and moved to the exciting, fast-paced world of New York City. After being told by his boss that no one would want his or her photo taken by a black man, James opened his own portrait studio in Harlem. He took photographs of legendary figures of the Harlem Renaissancepoliticians such as Marcus Garvey, performers including Florence Mills, Bill Bojangles Robinson, and Mamie Smithand ordinary folks in the neighborhood too. Everyone wanted fancy portraits by James VanDerZee.

I See the Rhythm

Tales of Brave and Brilliant Girls Around the World

A Celebration of Sisters