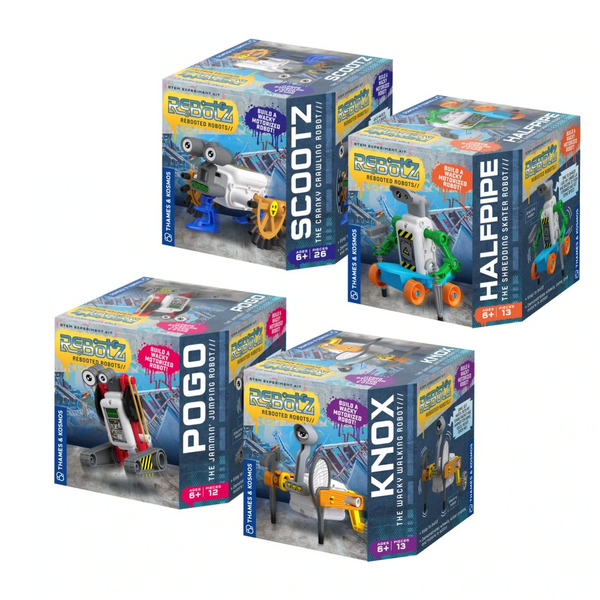 Each of these kits are fast and easy to build, powered by an electric motor, and you can combine parts from different ReBotz to build your own creations.

Robots ahoy! This crawling robot is cobbled together from two halves of an old pirate ship’s wheel, and scoots along the floor on a repurposed iron and snow ski.

Spring into action! This jumping robot is made from the tracks of an old snowmobile, a waffle iron, and some rubber bands.

Knock, knock, knocking on wooden floors — this wacky walking ReBot is pieced together from a tennis racket, hammer, and the rear wheels of a tricycle.

Ready to shred! A few clicks and Halfpipe is ready to cruise through your room on its skateboard base, using an umbrella and broom to propel itself forward.